2.2 Strategies for Fleet Renewal Plans & how these fit into the Business Strategies & Modelling

2.2 Strategies for Fleet Renewal Plans & how these fit into the Business Strategies & Modelling

Airlines adopt strategies for fleet renewal depending on their overall business objectives. As discussed in the previous topic, some airlines own all of their aircraft, other airlines lease aircraft and some airlines use a mixture of ownership and lease arrangements. The objective is to have a fleet capable of profitably meeting their strategic objectives. They need to have enough aircraft to serve their route network without having an over-supply of aircraft. As aircraft only make money when flying, it is important to have a fleet that is an appropriate size for the airline. 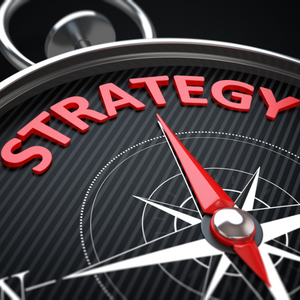 The capital cost of aircraft is a significant investment for airlines. Airlines operating in established markets with steady and predictable demand may prefer to purchase aircraft and operate them for a certain period of time before selling them. They will factor depreciation and the condition of the second-hand market into the costs.

Airlines continually assess and forecast traffic demand on all of their routes. This will influence the size and type of aircraft they deploy on each route. Routes with high passenger demand may not necessarily operate with the largest aircraft. For example, the London to New York market is one of the busiest international routes in the world but the A380 is not deployed on this route. It is generally served by Boeing 777, Boeing 787, and Airbus A350 aircraft and their variants. This enables airlines to prioritise frequency over capacity.

To remain competitive LCCs need to minimize costs and maximise efficiency. One way of doing this is to operate a modern fleet of aircraft. The newer an aircraft, the more efficient it will be in fuel and maintenance, thereby minimizing operating costs.

Airlines examine the operational costs of aircraft when making fleet renewal decisions. Staffing levels, fuel costs, maintenance costs and insurance will all be factored into the financial assessment.

Technology will also be a factor in fleet renewal. Modern aircraft, such as the B787 and its variants, enable airlines to operate more long-haul routes from smaller airports. Older generations of aircraft could have been utilized on these routes, but often not profitably. Narrow-body aircraft are now operating on longer sectors, including Trans-Atlantic. This has changed the dynamics of route planning and therefore, fleet acquisition. Airlines that previously operated in certain markets are now able to expand into new sectors and bypass large, congested hub airports.

Login
Accessing this course requires a login. Please enter your credentials below!
Lost Your Password?